IQuranschool is providing you the best services as an online Islamic Academy. For this purpose, we have specially designed an Islamic Studies course for your kids. So, this course is designed for those students who want to know the fundamental studies of Islam. Moreover, all Muslims in the world need to learn the essential basics of Islam. Thus, does this course guide us on how we should live and avoid sin to live a pure life? IQuranschool make it possible for Muslim families to learn the Quran and understand the basics of Islam worldwide. Moreover, we are providing one-to-one online Islamic classes for you and your children. However, we are also available from any part of the world, and more of our students are from the USA, Canada, UK, UAE, Singapore, and Australia.

What will children learn in Islamic Studies Course? 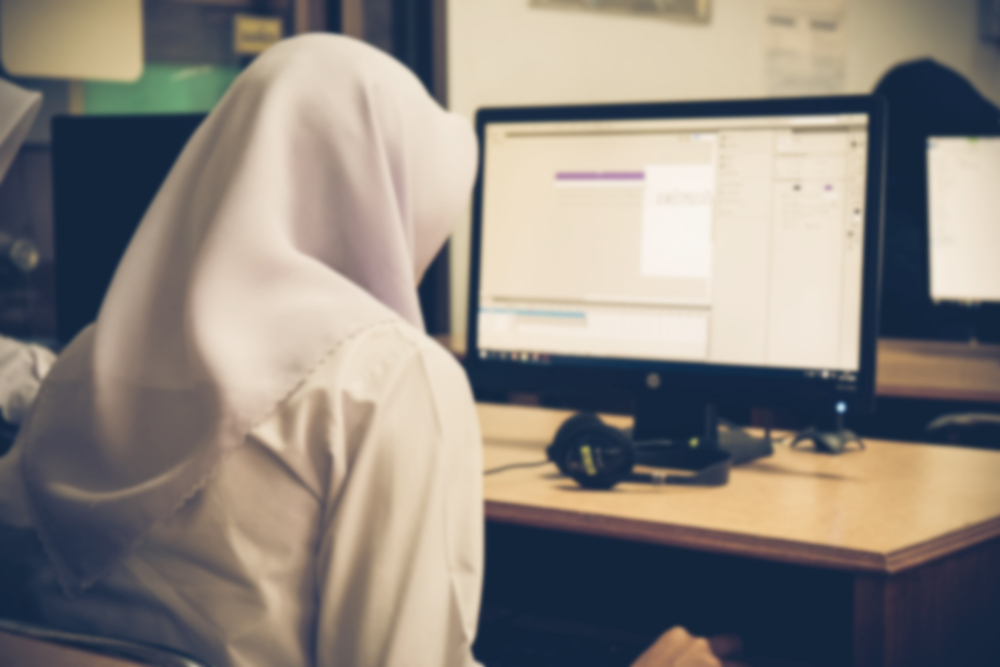 Students will learn the basic and necessary knowledge of Islam through this course, For example…

Taharah: Wudhu and Ghusal. How and when to get what kind of Taharah (Purification).

Dua’s: Basic Duas for increasing knowledge, Drinking milk, Looking in the mirror, After sneezing, Entering the house, and many more of daily life

Sunnah: Actions and teachings of the Holy Prophet as our role model.

Islamic Stories: The stories of the prophets and the history of our heroes, and much more

Islamic Studies Course is offered both as a mutual course with all other systems and as an individual regular course in detail.

Tajweed means doing something well, and It is to recite every letter correctly from its true origin (makhraj) with its all qualities. The tajweed rules are classified as follows:

Why Tajweed rules important for recitation?

Learning Tajweed rules is very important for recitation because the majority of scholars agree that using the Tajweed rules of the Holy Quran such that basic mistakes are avoided is an individual duty (Fardh ‘Ayn) upon every Muslim who has memorized part or whole of the Quran.

What are the Mistakes in Recitation of Quran?

There are two types of mistakes.

It is replacing a letter or changing a sign (harakah), and this type of mistake is haraam.

It is ignoring ghunnah, ikhfa, iqlab, idgham, etc., and we should avoid these types of mistakes.

The place from where a letter comes out from our mouth is called makhraj. So, the Makhraj is one of the Bases of Tajweed, which the rest of the rules and rules rely on. Therefore, by Using Makhraj means having the correct position of the organs of speech to produce a letter to differentiate it from others.

There are six (6) throatal letters.

1- Bottom of the Throat

2- Middle of the Throat

3- Top of the Throat

What Are Bold Letters?

The letters which are pronounced with a heavy or strong voice are called bold letters.

There are seven bold letters.

What Are The Movements Of Harkaat?

In Tajweed rules its means to shake the letter that has sukoon,i.e., that is saakin, but without any similar movement of the mouth and jaw that is linked with the voweled letters (i.e., letters that have fatha, dammah, or kasra).

Jazm is the state of a letter without a short vowel. As letters without a vowel cannot be read by themselves, they are recited with a vowel letter. The symbol for jazm is a small circle or zero, written above the letter (ــْـ). The symbol is called jazm or sukoon & the letter it is on is called sakin.

What Are Silent letters?

The rule has the following conditions:

The tanween is an “n” sound added to the end of the word in some cases. Usually, it works just like the “a” and “an” in English, indicating an unspecified article. The word tanween, usually translated as “nunation,” means “to ‘n'” or “‘n’ing,” making an “n” sound.

What Are Gunnah And Madd?

What Are Leen And Maddah’s Letters?

These are wāw and yā wāw. When wāw has a Jazm/Sakoon and the letter before wāw has a Fatha on it, then this wāw is called wāw Leen and will be read soon in a soft tone.

What Are ECHO and Qalqalah Letters?

The following five letters are Called Qalqala or Echo letters (ق ط د ج ب). When these letters are Sakin, we make a little more minor echo sound while pronouncing them, and we say them with more force even when they are Mushaddad.

The Literal meaning of Idgham is To merge something into something else. If Nûn As-Sakinah or Tanween comes any of the Idghaam letters, then merge the Nûn Sakinah or Tanween into the letter. The emphasis will be on the following letter because of the presence of the Shaddah.

What Is The rule of Noon sakin & Tanween?

What Is The Rule Of Meem Saakin?

All the letters after taking out the letter Baa (from Ikhfaa’ As-Shafawi) and the letter Meem (from Idghaam Al-Mithlayn) are the letters of Ith’har As-Shafawi, and they are 26. So if any of the 26 letters arrive after Meem As-Sakinah in one word or two words, Ith’har is formed.

Lesson 5 - How to get more buzz

What people are saying

“One of my two children complete his Quran recitation course within 13 months with iQuranschool. I really like their teachers and support staff and recommend their services to all fellow Muslims. ”
Muhammad SaleehNew York
“As an owner of Live Quran Study i worked in collaboration with iQuranschool for 5 years. I appreciate their excellent level of services, training and highly professional team.”
Ali AdbullahPakistan
“I am a 27 years old from alberta canada and enrolled in quran translation course 6 months ago. My teacher is awesome as he answer all my questions and helped me a lot in understanding Quran and its real meaning.”
Nighat MalikAlberta, Canada
Previous
Next

We hired expert, qualified, and well-trained Quran Tutors for you.

Our tutors can teach very well to all students of any age. So, don’t wait now and register yourself and your kids for Online Quran Learning Classes and Islamic Classes. All our Quran Tutors have excellent knowledge about Islam and the Holy Quran. And most of our tutors are Hafiz-e-Quran and Alim/Alima. Our Online Quran Tutors have an excellent command of Arabic, English, and Urdu language. They can teach all the ages and genders of students according to the level of the students. Therefore, students can learn and read the Quran Online and take Islamic Classes. Quran and Islamic Courses through our I Quran School and experience it for yourself and your kids.

With us, you can get equipped with the learning of the Quran courses from our online professional and qualified Quran tutors.

Enroll in Norani Qiada course to learn proper phonetics of Arabic alphabets in addition to rules of tajweed..

Enroll in Quran memorization course and memorize whole Quran online from the comfort of your home.

"The best among us are those who learn and teach Quran" Muhmmad PBUH.
View Course

This course is designed for people of all age to learn the basics of islam, Salah, Quran and sunnah of Propet Muhammad and much more.

Enroll and learn the basics of Islam to become a better muslim.
View Course

Learn how to read Quran with proper tajweed with our great tutors.

Learn all about Tajweed to read Quran with a proper pronunciation just like an Arab would do 1400 years ago.

Learn and enable yourself to read Quran like an Arab.
View Course

Understand the message of every verse of Quran by enrolling in Quran translation course.

Enroll and understand the true meaning of Quran.
View Course

Or write to us: [email protected]